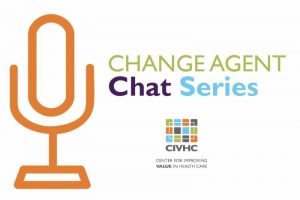 Plaintalk Blog: Quality Matters – How Do You Know if The Health Care You’re Getting is Good?

Deciding where to get health care is a pretty big deal. But, unlike most other big-deal purchases, today’s industry doesn’t allow us to comparison shop.

When you’re getting ready to buy a new car, the price point is only one of the things you take into consideration. You likely research the safety ratings of the vehicle, how many miles per gallon it gets, the size of the engine, how much horsepower it has, and whether the cup holders are big enough to secure your coffee mug. All of these factors combine to help you to determine the quality of the car and decide how to spend your money.

Determining quality in health care isn’t so simple. In 2001, the Institute of Medicine published a report called Crossing the Quality Chasm, where they defined – for the first time – the different components of quality health care:

Great. These are definitely things that make up good health care…but how do we know if they are being done? Measuring patient safety isn’t exactly the same as measuring miles per gallon.

Even better! These examples could be really helpful when trying to decide where to get treatment. Yet, here’s the catch: most of these measures are not readily available for folks on the street trying to get health care. According to AHRQ, industry professionals use these measures in four ways:

Bummer. While all of these are valuable ways to use quality information, there are many out there who would love to use these measures to help choose the place to spend their health care dollar.

But, there’s hope! Organizations across the nation are working to make public-facing quality reporting a reality. CIVHC, and others like us, are developing ways to show quality information next to cost data so regular folks are empowered to choose high value care and take charge of their health care journey.

(New York, NY – March 7, 2017) – As government officials consider their next steps in health care reform, a large and growing group of America’s leading corporations is moving ahead with major changes in how millions, and potentially tens of millions, of workers get their health care.

“Fixing health care is something everyone is talking about,” said Kevin Cox, chairman of the Health Transformation Alliance and chief human resources officer for American Express. “The employer-provided health care marketplace, which supplies a substantial portion of the profit margins to the entire health care system, is looking for meaningful change. We’re moving ahead to help companies take better care of the people who take care of us.”

Just one year after 20 corporations united to build a new way of delivering quality health care for their workers, millions of employees will soon benefit from a new partnership these companies are putting in place to purchase prescription drugs, the first of three major reforms the newly formed Health Transformation Alliance is undertaking. The other two reforms focus on translating big data into cognitive insights and setting up new medical networks.

Through a partnership with IBM Watson Health, the HTA will leverage data, analytics, and cognitive insights to support its transformational initiatives. Better understanding data, trends, and results, the HTA believes, has the potential to predict and prevent disease, improve outcomes, increase the value of health care for its members and employers, and enable the integration and collaboration of all stakeholders in the health care ecosystem. These three reforms (Pharma, Big Data/Cognitive Insights, and Medical Networks) are all expected to be in place beginning in 2018.

Today, 38 companies belong to the HTA, up from 20 last year, and collectively they spend more than $24 billion a year to provide health care to more than 6 million employees and family members, up from 4 million covered lives last year. Through the HTA, these companies have forged alliances with a variety of companies in the health care sector to change how health care is delivered to employees—and lower costs.

“Our job is to fix our broken health care system,” said Cox. “While it’s not yet clear what actions the federal government will take, we are working together toward a clear path to positively change health care for tens of millions of people in the private sector.”

Rob Andrews, CEO of the HTA, said, “We recognized last year that privately provided health care can’t go on the way it’s been. While costs for non-health care related expenses have risen 40 percent since 1999, costs for employer-provided coverage are up 191 percent and employer contributions for premiums are up 213 percent over the same period. If private sector companies don’t change the system, employer-provided health care is at risk of becoming unaffordable for companies, and for their employees and families.”

Rather than having individual companies contract with these PBMs, HTA forged an innovative approach with CVS and OptumRx that focuses on partnerships and transparency, resulting in lower prices for the same medicines and allowing HTA members to achieve considerable savings. These changes go beyond what group purchasing coalitions have been able to achieve. It’s a path-breaking approach for the way companies deliver prescription drug benefits to their workers.

In addition, the HTA will work with its PBM partners to create better formularies, which list the prescription drugs commonly agreed to be used by the medical profession and the insurance industry. The solutions will not only result in increased savings to HTA member companies, but also help individuals select the most appropriate and cost-effective prescriptions to meet their medical needs.

“Beginning January 1, 2018, these prescription drug reforms alone are projected to save participating HTA member companies, their workers and, in some cases, retirees, at least $600 million over three years,” said Andrews. “We are moving ahead with similar reforms in payments for other medical care and are confident that the HTA can change the way health care is priced so our members and workers can benefit.”

In addition to Pharma, HTA is focused on working in partnership with some of the nation’s leading health care provider systems to improve medical outcomes. HTA selected United Healthcare and Cigna as partners in administering this effort.

HTA’s medical reforms, scheduled for launch in 2018, will focus on the best treatments for several conditions that contribute greatly to health care spending, including Type 2 diabetes, hip and knee replacements, and treatment for back pain. These four conditions are among the most commonly treated ailments, accounting for as much as 40 percent of health care spending of HTA companies.

“The goal of these initiatives,” said HTA Vice Chairman Dr. Glenn Steele, “is to combine what HTA is doing with data and prescription drugs to create new medical networks that provide top-quality care for workers, retirees and their family members. These better health outcomes will reduce costs for families as well as employers, all while improving the health and well-being of employees.”

Dallas/Fort Worth, Phoenix and Chicago have been selected as the first markets in which these new networks will be created.

The HTA selected IBM Watson Health as its data and analytics partner. The HTA will use the IBM Watson Health cloud-based cognitive platform to aggregate data from across the participating members and provide descriptive, predictive and cognitive analytics. The insights from these data and analytics are expected to help HTA members lower the costs of care, reduce waste, and improve health outcomes and experiences for the population, including their employees, dependents and retirees.

“The private sector can’t afford to wait to get this done,” said Cox. “Through the HTA, we can change health care for the better, in a way that none of us would be able to do as individual companies. Employer-provided health care is important to our employees and retirees. We’re proud of what we’ve done in just a year, and we look forward to delivering for our workers, retirees and their families.” 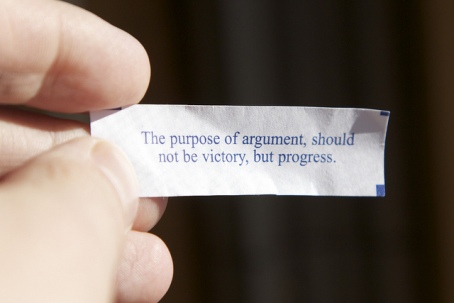 This is not the end of Obamacare; it’s the beginning

In a surprising move, Paul Ryan pulled the American Health Care Act, the Republican ACA repeal and replace bill, last Friday.  It had become clear that there was no movement to the left or the right that would garner enough votes to allow passage in the House.  Even if it had passed in the House by moving right, much of that movement was likely to be stripped out in the Senate, where the Republican majority is slimmer, but no less internally conflicted.  The president has stated he is moving on to other issues like tax reform and infrastructure building.

So you might think that health care reform on the federal level is done for now.  Whether that is true or not, it is also pretty clear to me that there is still a great deal of work to do to stabilize and improve the ACA.  Cost constraints are still lacking, and insurance marketplaces at the state level are still suffering from shrinking insurer participation.  While coverage has vastly improved under the ACA, affordability remains elusive if you don’t qualify for a subsidy.

Where are we going next?  Some (including me) are hoping that this opens the door to real bipartisan negotiation.  Here’s the theory.  The Trump administration cares about the appearance of winning, not ideology.  If you can’t work over the Freedom Caucus to get the votes, you go to the Tuesday Group, a group of moderate Republicans.  Perhaps they’ll even appeal to the next group over from them, moderate Democrats, to get onboard for something.

Here are five things I observed from this last round of negotiations:

Both parties have had the chance to be in the majority and the minority in the last two decades, and both have gotten pretty good at the existing game.   It will take a sea change to find the next game that rewards centrist compromise.  Here’s hoping we exhaust all the other possibilities sooner rather than later.

NOTE: Permission to share the above blog from Want Healthcare LLC granted by Jay Want, MD.

The article shares with us history that major social policy change seldom succeeds without the backing of both parties. It is a great “read” to help us understand that “Obamacare” and “Trumpcare” won’t work for our country until leaders of both parties stand together to become, as the article says, “the effective salve to health system woes that Americans deserve”.